Mexico is in fashion. It is not only the food, the pre-Columbian sites, the Colonial towns, the beach resorts, the music, it goes further. The last couple of years, luxury designers have used drawings, symbols and cultural expressions of Mexican indigenous peoples in their designs, which has caused outrage amongst Mexican authorities and organizations trying to protect cultural expressions.

A simple definition of cultural misappropriation is “the unacknowledged or inappropriate adoption of the customs, practices, ideas, etc. of one people or society by members of another and typically more dominant people or society”1 There have been, worldwide, trends to wear dreadlocks, branding products with names of places which are culturally important, naming teams and luxury items inspired in these and cultural iconography, etc. The issue about acknowledging and recognizing the cultural aspects and expressions of certain groups of the population is something relatively new legally speaking and worldwide legislations are trying to catch up with the need of our modern society to protect them. The current international system for protecting intellectual property was fashioned during the age of industrialization in the West and developed subsequently in line with the perceived needs of technologically advanced societies. However, in recent years, indigenous peoples, local communities, and governments, mainly in developing countries, have demanded equivalent protection for traditional knowledge systems.
2
In 2000, WIPO members established an Intergovernmental Committee on Intellectual Property and Genetic Resources, Traditional Knowledge and Folklore (IGC), and in 2009 they agreed to develop an international legal instrument (or instruments) that would provide effective protection for traditional knowledge, genetic resources and traditional cultural expressions (folklore). Such an instrument could range from a recommendation to WIPO members to a formal treaty that would be binding to countries choosing to ratify it.
3
Traditional knowledge is a living body of knowledge that is developed, sustained and passed on from generation to generation within a community, often forming part of its cultural or spiritual identity. As such, it is not easily protected by the current intellectual property system, which typically grants protection for a limited period to inventions and original works by named individuals or companies. Its living nature also means that “traditional” knowledge is not easy to define.
4
Unfortunately, this has not yet happened. There is still the need to make laws regarding the use of traditional knowledge by others. The goal would be that these groups could control and benefit collectively from their commercial exploitation. WIPO recommends two different types of intellectual property protection; defensive protection (to avoid misappropriation) and positive protection (granting rights to promote, control and benefit from). In this context we are talking about traditional knowledge addressing traditional cultural expressions and folklore. Cultural expressions are a part of the culture and the social (and sometimes ethnic) identities of indigenous communities. They transmit values, beliefs, cosmology, oral tradition, etc. Protecting these cultural expressions
may contribute to growth and development, support cultural diversity and preserve cultural heritage. It is important to highlight that sometimes the traditional intellectual property figures cut short on protecting these rights.

As mentioned before, in recent years Mexican cultural expressions, namely designs, symbols and drawings have allegedly been misappropriated by luxury designers. Isabel Marant, French designer, who is known for her bohemian aesthetics, was accused by the Mexican Mixe indigenous community (Oaxaca, Mexico) of plagiarism by copying Mixe traditional embroidery. Media and social media went crazy. Marant responded she was only inspired by such culture and that she did not claim any exclusive rights on such design. The Mixe community never took legal action
against Marant’s response that she was simply inspired by Oaxacan culture and did not claim exclusive rights over the design.
5
Recently, Mexico’s Minister of Culture, Alejandra Frausto, wrote a letter to American fashion brand Carolina Herrera, claiming that in its Resort 2020 collection the brand used without authorization techniques and patterns specific to the Tenango de Doria community in the State of Hidalgo, where “each piece of embroidery tells the story of the community and each element has a personal, family or community meaning”. Frausto is in charge of the Ministry of Culture, a government agency that promotes and protects the country’s arts. According to
Carolina Herrera, its Resort 2020 collection “takes on the playful and colorful mood of a Latin holiday” and “is about visceral reactions of delight-eclectic patterns, unexpected silhouettes, pulsating energy,” Carolina Herrera, designer and founder of the brand, and Wes Gordon, its current creative director. In a statement, Gordon acknowledged the inspiration of the collection in Mexican culture, but denied any type of cultural appropriation or possible legal offenses by the fashion house. Once again, the answer was, it is only inspiration…

Nearly a month later, on July 5, 2019, Frausto sent a second letter, this time to French luxury house Louis Vuitton over its allegedly unauthorized use of Mexican indigenous patterns in one of the models of Dolls by Raw Edges, a collection of furniture and objects launched in April. Although Louis Vuitton didn’t respond to the accusation, the chair in question was removed from the collection’s website, where the company explains that Dolls by Raw Edge designers “took their inspiration from traditional crafts from all over the globe and the House’s rich travel heritage”.

So, yes! It is great that Mexico is fashionable, but how do we protect and enforce the rights of all these local communities?
Mexico is a plural and diverse country with a population of 134 million, out of which 20 percent recognize themselves as indigenous, eight million speaking indigenous languages or dialects and 1 percent are not Spanish speaking.

The country is a contracting party of the major universal and American conventions regarding mankind and worlds heritage, however there is no federal legislation that homologues the protection and defense of cultural expressions, traditional knowledge, etc., but rather varies from state to state. States like Oaxaca are much more active on this topic due to the cultural diversity found in that state. Also, there is not a complete inventory, neither at a state nor at a federal level, that comprises all cultural expressions that should be protected. This means we lack a legal framework that faces the needs and characteristics of this cultural diversity, which if in place would enable the effective protection of these cultural rights and establish all necessary measures to protect, preserve, promote, develop and benefit from such cultural wealth.

Our Federal Copyright Law establishes that the government, through the Copyright Office (National Institute of Copyright), protects all literary and artistic works, arts and handicrafts, as well as all primal cultural expressions in indigenous languages, as well as their ways, uses and traditions of all the pluricultural diversity that exists in our country, which do not have an identifiable author. These expressions are protected against distortion (integrity of the work) with the purpose of avoiding demeriting of reputation and image of communities or indigenous peoples. However, the use of such expressions are FREE of charge, if these regulations are not contravened. The only obligation of the user is to mention to which indigenous community or culture they belong.
As you may imagine, this a free pass to commercially exploit all that cultural wealth.

This situation is extremely sad. Today all those issues about misappropriation of Mexican cultural, both legally and on social media, are
only based on morality and good faith. The Mexican government has
the legal standing to lodge actions against all violations against cultural expressions however, it lacks a plan, a budget and also human resources knowledgeable on IP matters to do so.

Unfortunately, we will very likely be hearing once again in future cases that there are no infringements but, instead, they are cultural appreciations or inspirations.

Our government knows that an efficient legal framework would help empower indigenous communities through growth, development and above all, recognition. Recognition of our cultural diversity, our plural country, about beauty and cosmology and it should seek for special legislation towards the effective protection of traditional cultural expressions.

In the meantime, we will continue to read about these cases of cultural misappropriation and social media going wild and we are doing nothing because, legally speaking, nothing can be done. Moreover, we should think that it is not only a problem in Mexico, but that many other countries are facing similar issues with no effective legal tools to defend themselves. Social media seems to be the guardian and businesses should have similar processes to their intellectual property clearance procedures as to avoid legal actions.

It is a time in which the consumers are looking for the original, the traditional, as a way of showing appreciation to a certain heritage or to show that they belong to certain culture.

Meanwhile… Mexico is still in fashion… 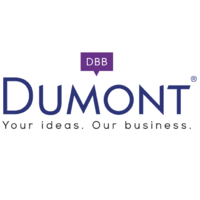