Brief overview of SPAC: Globally, Special Purpose Acquisition Companies (“SPAC”) is emerging as one of the most preferred structures to essentially achieve the funding needs via access to public funds through listing. Conceptually, SPAC is a newly set-up entity with no business activity of its own, which is listed on the stock exchange for the sole purpose of acquiring an operating company (“OCo.”), which OCo. is identified by SPAC post listing. The end objective is (i) to get OCo. listed without following the mainstream listing process, by merging it with SPAC; or (ii) to enable OCo. to benefit from trading value and public funds of SPAC, through a simpliciter acquisition of OCo. by SPAC, or through any other business combination. The SPAC is required to enter such business combination within a specified timeframe (generally ranging between 2 to 3 years post listing) with an approval of the public who invested in SPAC. The listing proceeds are held in trust,
and if the approval does not come through, the listing proceeds are required to be refunded to the public.

SPAC is not a novel concept and certain countries already had an established framework for SPAC listing for around a decade. Recently, Singapore Exchange Regulations have also finalized rules for listing of SPAC, on the main board of Singapore Exchanges, which have been made effective from September 3, 2021. In India, however, there is no special framework, which allows SPAC listing on Indian stock exchanges. In the absence of such framework, setting up a SPAC and listing it on Indian stock exchanges, may not be achieved owing to several regulatory challenges, as briefly discussed herein below:

The Registrar of Companies is vested with powers under Section 248 of the Companies Act, to remove / strike-off the name of a company from its register, if it fails to commence business within 1 year of incorporation. Identification of the target and entering into a business combination, in general takes around 2 to 3 years, and until then SPAC does not carry out any business as such. Resultantly, SPAC face a risk of being struck-off during such dormant period.

Inability to meet track-record for listing:

The SPAC being a newly set up entity may not be able to meet the track record of operating profits, and other financial parameters as required for listing on Indian stock exchanges. In view of the above regulatory challenges, presently, the Indian companies may use SPAC route only for overseas listing. The International Financial Service Centre Authority (“IFSCA”), in a recently issued consultation paper, has included a specific regime for SPAC listing on the stock exchanges set up in International Financial Service Centre, Gujrat viz. ‘India INX’ and ‘NSE IFSC’. The framework so included is largely a mimic of the framework presently enforce in other countries. However, as IFSC is considered as a foreign jurisdiction, SPAC listing on ‘India INX’ and ‘NSE IFSC’ would be akin to overseas listing only, in the context of Indian targets.

The introduction of Section 23(3) in the Companies Act in September 2020, which enables direct listing of Indian companies on stock exchanges of permissible foreign jurisdictions, was widely publicized. Prior to this, release of consultation paper by the Securities and Exchange Board of India (“SEBI”), in the year 2018 for direct listing of equity shares of Indian companies on foreign
stock exchanges and vice-versa, also received much attention. However, even after nearly 3 years of such announcements, no clear guidelines for direct listing of Indian companies on foreign stock exchanges have been brought into force. In such scenario, SPAC is being increasing looked upon by Indian companies as an alternate and more effective vehicle to achieve listing on overseas stock exchanges and have access to foreign capital, more so after the recent successful listing of Renew Power on NASDAQ through SPAC. Regulatory challenges: While Indian targets are increasingly eyeing upon merging or entering any other business combination with SPAC, to take benefit of overseas listing, however, there are several regulatory impediments, which should be assessed
before using SPAC structure:

in a conventional SPAC structure, OCo. merge with SPAC. In the context of Indian targets and foreign listed SPAC, such merger would be reckoned as outbound merger, which in principle is allowed under the Companies Act with approval of the National Company Law Tribunal. However, such outbound merger need to be in compliance with Indian foreign exchange regulations (“Cross-Border Merger Regulations”), else, an approval of the Reserve Bank of India (RBI) is necessitated. The Cross-Border Merger Regulations are too wide in ambit and compliance with the same may practically pose operational concerns. On the other hand, obtaining RBI approval consumes time and such approval may even include some caveats. Moreover, the outbound merger is
permissible with a foreign company incorporated in prescribed jurisdictions only.

In consideration of such outbound merger, the shareholders of Indian target likely receive shares of SPAC. Where the shareholders are resident individual, this may pose regulatory challenge, as in terms of the Indian foreign regulations, the resident individuals may make overseas investment only in operating entity and no step-down subsidiary is allowed to be acquired or set up by such investee company. This restriction defeats the entire SPAC structure, given that SPAC is in fact set up as a non-operating company for acquiring another operating company. Moreover, the resident individuals may invest only within the ceiling prescribed under the Liberalized Remittance Scheme.

As per the frequently asked questions issued by the RBI, resident person cannot invest in an overseas entity that has direct or indirect investment in India (commonly referred as round tripping). This restriction may become a major challenge where as alternate to merger, SPAC intends to make a simpliciter acquisition of Indian target by making a secondary purchase from resident shareholders of the Indian target. Thankfully, in the revised draft rules for overseas investment issued recently for public comments, the prohibition on round tripping is proposed to be limited to only such structures which are designed for tax evasion. This proposal if implemented would provide great boost to SPAC structure.

With overseas listing of Renew Power, the discussion surrounding SPAC have gained momentum in India. However, to enable Indian corporates to have access to foreign funds through SPAC which in turn would allow them to expand in global markets and relatively increase their competitiveness with multinationals, the relevant regulatory framework should undergo suitable changes which would eventually act as catalyst in achieving the government’s ambitious target of making India a USD 5-trillion economy. 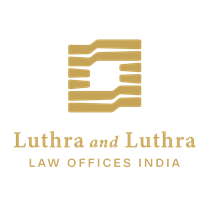