Kobre & Kim has secured a victory in the Financial Services Division of the Grand Court of the Cayman Islands for Harvey Boulter in proceedings arising from his former role as a director of two Cayman companies within his own venture capital group, Porton Capital, as well as his role as a director of Enigma Diagnostics Ltd.

Enigma is now in creditors’ voluntary liquidation. Its liquidators, Messrs. Paul Allen and Geoffrey Carton-Kelly of London-based insolvency firm FRP Advisory, filed proceedings in the Grand Court in July 2021 alleging Mr. Boulter had misled the professional liquidators appointed in the winding up of his Cayman companies by signing false declarations of solvency and concealing purported contingent liabilities and claims arising from his own alleged misconduct. They also claimed the purpose of declaring voluntary liquidation was to avoid scrutiny of that alleged misconduct through a Court-supervised process.

In the written judgment handed down on 24 March, the Honorable Justice David Doyle described the allegations as, “somewhat unsatisfactory ‘kitchen sink/scattergun’ approach”. In every instance, he concluded that he was not satisfied that Enigma’s liquidators had proved Mr. Boulter had behaved fraudulently. In one instance Justice Doyle concluded that the allegations were “pretty flimsy” and in another he found that the allegations were “vague and generalized” and came “nowhere near jumping the hurdle in respect of fraud.”

This is an important victory for Mr. Boulter in his defense against a multi-jurisdictional litigation strategy, which he believes is based on inadequate investigation, poorly formulated and unsupported allegations of the most serious wrongdoing and a campaign motivated by irrelevant or misleading rhetoric adduced for the purpose of causing prejudice or demonizing him in… 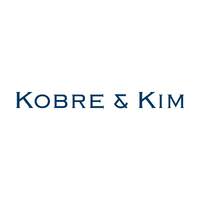