EPA Announces Plans for Waste Rules That Could be a Stepping Stone to Drastically Expanding PFAS Liabilities.

EPA announced plans for two separate rulemaking processes that would expand liabilities for PFAS wastes. The first — a rulemaking process to add certain PFAS chemicals as “hazardous constituents” under the Resource Conservation and Recovery Act (“RCRA”) expands remedial obligations to include PFAS at RCRA corrective action sites and could be a stepping stone to listing those PFAS as hazardous waste under RCRA. In a second, separate rulemaking, EPA will “clarify” that the RCRA Corrective Action Program applies to “hazardous waste” as broadly defined under RCRA section 1004(5). EPA concludes that the modification would clarify that  PFAS and other emerging contaminants are subject to the Corrective Action Program.

Background: RCRA and CERCLA Regulation of “Hazardous” Substances and Waste

Background on the Rulemakings

On June 23, 2021, Governor Michelle Lujan Grisham of New Mexico petitioned EPA to list PFAS as either “a class of chemicals” as hazardous waste under RCRA or, in the alternative, list under RCRA individual PFAS which are known to have harmful effects to both humans and the environment. On October 26, 2021, EPA declined New Mexico’s request to list PFAS as a hazardous waste, but partially granted the petition in two other ways:

EPA proposes to add PFOA, PFOS, PFBS (perfluorobutane sulfonic acid) and GenX as RCRA “hazardous constituents.” The EPA letter states that this will be based on EPA’s evaluation of existing data for the four chemicals alongside the establishment of a record to support the proposed rule. Those chemicals listed as “hazardous constituents” are subject to corrective action requirements under RCRA at hazardous waste treatment, storage, and disposal facilities. Corrective action may include the cleanup of hazardous releases into soil, groundwater, surface water, and air.

Listing PFOA, PFOS, PFBS, and GenX as hazardous constituents could lead to the future decision to list the compounds as hazardous waste.

EPA has not indicated a timeframe for the publication or finalization of these proposed rules, but its announcement is again indicative of the significant regulatory action the agency is poised to take, as further detailed in its PFAS Strategic Roadmap. Importantly, an EPA rulemaking adding certain PFAS as “hazardous constituents” under RCRA is a potential first step towards listing wastes containing these PFAS under Subpart C of RCRA. Doing so would not only subject those wastes to RCRA’s hazardous waste regulatory requirements, but would also have important implications for CERCLA cleanup liability.

CERCLA defines “hazardous substance” in relation to other statutes, to include any RCRA hazardous waste.2 Given this, if EPA later decides to list PFAS wastes under RCRA after designating certain PFAS as “hazardous constituents,” it could have transformational ramifications on the CERCLA landscape3 and serious, wide-reaching legal liability impacts for companies who own or operate facilities where PFAS is present.

Although such rulemaking efforts by EPA will take some time, businesses involved in the treatment, storage, and disposal of PFAS should keep an eye on these efforts as they progress. The RCRA Corrective Action Process focuses on results and is highly dependent on site-specific conditions. Such cleanup actions are costly and take many years to implement. Businesses should also participate in the notice and comment periods of the EPA’s rulemaking to help contour the future regulations and avoid vague, ambiguous language.

1 42 U.S.C. § 6903(5): “The term “hazardous waste” means a solid waste, or combination of solid wastes, which because of its quantity, concentration, or physical, chemical, or infectious characteristics may—(A) cause, or significantly contribute to an increase in mortality or an increase in serious irreversible, or incapacitating reversible, illness; or (B) pose a substantial present or potential hazard to human health or the environment when improperly treated, stored, transported, or disposed of, or otherwise managed.”

3 See also PFAS and the Transition to the Biden Administration: The Implications of Designating PFOA and PFOS as “Hazardous Substances” Under CERCLA, V&E, https://www.velaw.com/insights/pfas-and-the-transition-to-the-biden-administration-the-implications-of-designating-pfoa-and-pfos-as-hazardous-substances-under-cercla/. 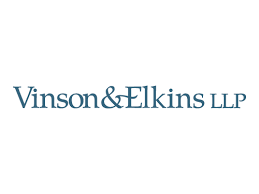