Back to Venezuela Table

D’Empaire is one of the top tier Venezuelan law firms. It enjoys a reputation as the leading M&A, securities, finance, tax and competition law firm in Venezuela. In addition, D’Empaire has strong energy, litigation, arbitration, environmental and labour practices. It is the law firm of choice for complex matters in all sectors of the economy and fields of law.

Finance:
■ Maurel & Prom on the financing of the redevelopment plan for increase of oil production in connection with its acquisition of Shell’s stake in Petroregional del Lago, an oil joint venture developing the Urdaneta West field in Venezuela (2018)
■ Haitong Bank S.A., Sucursal en España as dealer manager in connection with the Bolivarian Republic of Venezuela’s offer and sale of US$5 billion aggregate principal amount of 6.5% Bonds due 2036
■ BNP Paribas (as Coface agent and structuring bank) and other banks (as arrangers), in the credit agreement for the financing of Metro de los Teques, Línea 2, El Tambor San Antonio de los Altos’ equipment and an insurance premium in the amount of EUR 64.5 million to the Bolivian Republic of Venezuela
■ Citigroup Global Markets Inc. and Evrofinance Mosnarbank on the offer and sale of PDVSA of US$5 billion 6% Senior Notes due 2024 and of US$4.5 billion 6% Senior Notes due 2026
■ Industrial and Commercial Bank of China in connection with a US$1.5 billion Pre-Paid Export Finance Facility to Petróleos de Venezuela, S.A. (PDVSA)
■ Credit Suisse Securities and Deutsche Bank as dealer managers in the Bolivarian Republic of Venezuela’s US$3 billion aggregate principal amount of 12.75% amortising bonds due 2022

Oil & Gas, Energy:
■ Represented Maurel & Prom in its purchase of Venezuelan and Colombian oil assets from Knightsbridge Petroleum for US$460 million
■ Pampa Energía, as Venezuelan counsel in the due diligence for the potential acquisition of assets of Petrobras in Venezuela
■ Weatherford International, as counsel for its Venezuelan reorganisation and capitalisation plan
■ Borets, Russian company leader in artificial lift systems engineering, manufacturing, sales and servicing, in connection with corporate law issues in Venezuela
■ The firm has assisted Rosneft in the acquisition of the oil and gas Venezuelan subsidiaries and joint venture participations of TNK-BP and in its acquisition of Precision Drilling Venezuela, a drilling and well-servicing assets of oil and gas service company owned by Weatherford International
■ Other important clients to the practice are BGP, ONGC Videsh Limited, Hotwell, Odebrecht Oil & Gas, Repsol, Tecnicas Reunidas, OPIC, PetroSA and ENI

Labour & Human Resources:
■ D’Empaire assists clients in human resources related matters, restructurings and other labour issues relating to mergers and acquisitions. Its members also advise in bargaining negotiations with labour unions, as well as in the prevention and solution of labour conflicts
■ One of the firm’s partners was appointed as a party-appointed arbitrator in the resolution of a collective bargaining conflict involving one of the most important companies in Venezuela (Cervecería Polar, CA) and one of its unions (SintraterricentroPolar)
■ Negotiations of collective bargaining agreements of two companies of the Masisa group (Andinus and Fibranova)
■ The firm has assisted, among other clients, Pepsi Cola, Plumrose and Ferroatlántica de Venezuela (Ferroven) in collective bargaining agreements negotiations; Siemens, S.A on executive compensation; United Airlines in labour litigation in connection with business restructuring in Venezuela; Praxair (Invegas), in compensation plans, including executive pay; Pentech (Consortium PPE Proplanta)in the legal planning of the hiring of their workforce in Venezuela ■D’Empaire also represents or has represented in connection with labour and employment matters: Bristol Myers, Visa, McDonald’s Venezuela (Arcos dorados), Inelectra, Makro and others

Taxation:
■ D’Empaire provides a wide range of tax planning for corporate and private clients, and advises on the tax implications of local and cross-border transactions
■ D’Empaire has participated in most of the relevant tax litigations of recent years, including transfer pricing disputes. Its members were part of the Venezuelan team that negotiated the US-Venezuela Tax Treaty 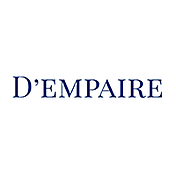