WSC is proud of its culture forged by the union of attorneys from Argentina, California, and France.  But did you know there is one individual who left his mark on these three geographical points in a single lifetime?  Considered a hero of Argentina’s revolution and independence movement, Hipólito Bouchard’s career and some of his actions suffer under scrutiny.  Whatever your conclusion, his biography is fascinating.

Bouchard was born André Paul Bouchard in Borme-les-Mimosas, France, in 1780.  He grew up in Saint-Tropez and, as a young soldier, served in Napoléon’s Egyptian campaign. He came to Argentina as a merchant marine in 1809, quickly joining the independence movement in Argentina and its revolution against the Spanish crown in 1810.  He served with distinction in the infantry and in the navy for the revolutionaries.  But his greatest glory came from naval battles waged against the crown throughout the Pacific, traveling up South America’s coast as a privateer with a government commission to attack Spanish merchant shipping in command of the frigate, La Argentina.  After Bouchard’s campaign along the coast withered, he eventually set course to the Philippines in search of more Spanish merchant traffic.

His prizes in the Far East became scarce and Bouchard sailed his frigate back toward the Americas, eventually provisioning in the Hawaiian Islands.  There he happened upon another smaller ship commissioned, like his own, by the newly independent “United Provinces” that would eventually form the Argentine Republic.  Bouchard learned that the ship had been commandeered by its crew and was operating in violation of its commission.  He decided to seize it and to punish its crew as mutineers.  In so doing so, he convinced the Hawaiian sovereign, Kameha-Meha I, to release the ship and its crew, thereby achieving the first royal recognition of the fledgling Argentine government.

The story darkens, however, after Bouchard executed the leader of the mutineers, and assembled a crew of mercenaries and dregs, to sail the reflagged Chacabuco on a mission to pillage the coastal towns of Mexico and California, where they hope to plunder more Spanish shipping and stores of goods.

In December 1818, the two ships entered the Monterey (California) harbor and, after skirmishing with the coastal defenses, send infantry to take control of the town.  For five days, the flag of the nascent Argentina waved over the Spanish capital of Alta California (think of that next time you visit Cannery Row or the Aquarium!).  Spurred by their success,  Bouchard and his crew—leaving behind the heavily damaged Chacabuco—sailed south to attack other Spanish coastal towns from Alta California to Guatemala.

Eventually returning to Valparaiso, Chile, Bouchard was imprisoned on charges of piracy and torture.  Ultimately acquitted, Bouchard continued fighting for the liberating forces of independence led by San Martín.  He was murdered in Peru in 1837, thus ending the life of a 19th century swashbuckler who lives on as a connection between France, Argentina, and California. 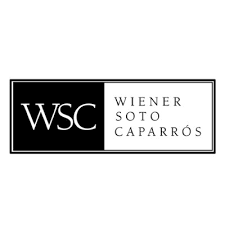