Dorothy Xing specializes in areas of banking and finance, capital market and securities, mergers and acquisitions. She has been leading in the markets of financial legal services and foreign investments for over 10 years.

Xing advised on China’s state-owned enterprise reform in the first and second round and H-share listing in 1994. She undertook the overseas red-chip listing of the first private companies in 1998. In addition, she represented two national commercial banks in the IPOs in Mainland China. Currently, she is working as regular legal counsel for over 10 banks, trust companies, funds and security companies.

In 2001 she was selected as an excellent young lawyer for the Young Lawyer Collaboration Project founded by the Ministry of Justice and the European Union, travelling to England and several EU countries for training in EU law and legal practice. 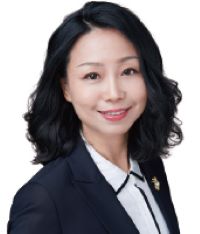