Norihiro Sekiguchi is a partner at Oh-Ebashi LPC & Partners, with a broad experience in the area of M&A. He has handled domestic and cross-border M&As representing non-Japanese acquirers in various jurisdictions. The types of transactions in which he has been involved cover tender offers, mergers, stock swaps, asset or business acquisitions, management buyouts and various types of private equity investments. He has extensive experiences in corporate governance and disputes including corporate lawsuits, exercising shareholders rights, and disputes regarding corporate control. He is also familiar with securities regulations and corporate compliance. He has experiences in forensic investigation of listed companies as a chairman or leading investigator of independent committees. He has advised on litigations and dispute resolution matters regarding corporate or labor law issues, M&As, and commercial transactions for both domestic and international cases.

Mr. Sekiguchi was formerly a partner at the Tokyo office of Baker & McKenzie from 2006 to 2014. He worked at Baker & McKenzie’s Chicago office from 2003 to 2004. He received the “Technology, Media, and Telecommunications Deal of the Year” award at the 2010 ALB Japan Law Awards. He has authored various publications, including the best-selling TOB Handbook and has given lectures on a variety of topics related to corporate and securities law. He has also been teaching M&A law and practice since 2008 as a lecturer at the Chuo University Business School.

2011-present
Member of the International Committee, the Tokyo Bar Association

2010-2011
Representative of the Tokyo Bar Association 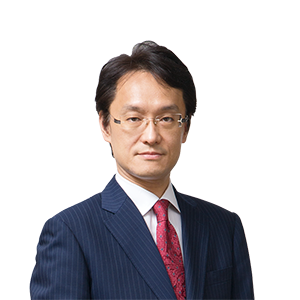