She has advised Malaysian and international financial institutions and project sponsors on single bank and syndicated term and multi-facility loans, banking regulations and other general banking matters.  She has extensive experience in advising, structuring, negotiating and documenting project finance transactions, Islamic finance transactions, debt and equity linked security issues, bank capital instruments, asset-backed securitisation transactions, structured notes and other structured finance transactions.  Lilian’s experience also includes advising local and international lenders on the financing of some of the largest infrastructure projects in Malaysia based on conventional and Islamic financing structures. Lilian has led many award winning capital market deals, the most recent being the 2018 award for Project & Infrastructure Finance Deal of the Year by Islamic Finance News for her role in the world’s largest green SRI sukuk, Quantum Solar Park’s RM1 billion Green SRI Sukuk.

Under her leadership, the Debt Capital Markets and Structured Finance practice at Zaid Ibrahim & Co. has consistently been ranked in the top tier in Capital Markets and Banking & Finance in international publications such as Chambers, Legal 500 and IFLR. Lilian is recognised as a leading lawyer for Banking & Finance in IFLR 1000: The Guide to the World’s Leading Financial Law Firms every year since 2006. Lilian has also been named in Who’s Who Legal as a leading practitioner in the Capital Markets field since 2013 and also is one of only four Malaysian lawyers named in IFLR1000’s Women Leaders Guide 2018 – an elite cohort of the 300 leading female transactional experts in local markets globally.

Lilian started her career in legal practice at Shook Lin & Bok in January 1992.  In 1995, Lilian joined the firm as an associate and she was made a Partner in 1998. 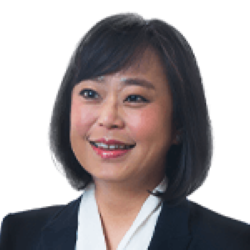