He has more than 20 years of experience as a lawyer. His expertise in Competition & Antitrust includes assistance in the approval of mergers, presentation and defense of actions before the authorities, and the conduction of audits and compliance programs that help prevent and avoid anti-competitive behavior.

He is recognized as a leading lawyer in his specialty areas by renowned publications such as Chambers & Partners, The Legal 500, and Who’s Who Legal. Clients describe Uri as an “expert in economic competition” and recognize him as a “solid leader”. Clients praise his availability and his high degree of commitment focused on service.

In the area of Advertising, Marketing & Consumer Protection, he advises on the review of advertising materials, image rights, promotions, and unfair competition. He is the author of the Manual of Good Commercial Practices with Regard to Consumers, which was adopted by the Consumer Protection Authority as its official guide for the private sector. Likewise, he is a co-author of the official guidelines for the application of the competition rules issued by the regulator of the telecommunications sector in Costa Rica.

In Intellectual Property, he represents clients in complex litigation of trademarks and copyrights, anti-piracy, and other issues such as registration, protection, defense, and enforcement of intellectual property rights.

For more than ten years he was a member of the nation’s Commission to Promote Competition, of which he was also its President. He has been an international consultant for the World Bank and the United Nations Conference on Trade and Development (UNCTAD) on regulatory issues and consumer protection.

Uri actively participates in the Global Advertising Lawyers Alliance (GALA), an international organization that brings together lawyers with knowledge in advertising law, marketing, and promotions, and of which BLP is the exclusive representative of Costa Rica. In addition, he is a member of the International Trademark Association (INTA) and the Inter-American Association of Intellectual Property (ASIPI).

He has written numerous articles and has been a speaker at various conferences on issues related to competition law, advertising, consumer protection, and intellectual property. He has been designated as one of the professionals on the “40 under 40” list by the newspaper El Financiero.

He joined the BLP team as a Partner in 2015, after the merger with Weinstok Abogados, of which he was a founding partner.

-Recognized in the practice of Competition/Antitrust by Chambers & Partners

-Listed as a Leading Lawyer by Who’s Who Legal 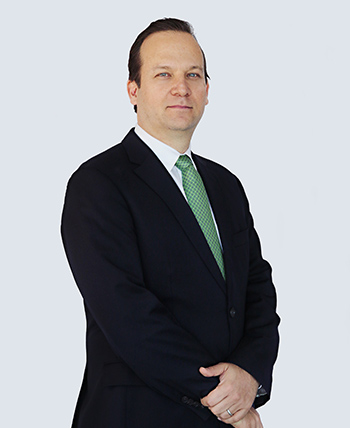