Luis is a BLP Partner in the San José office. He directs the firm’s practice area of Public Law, Public Procurement & Regulation at a regional level. He is also part of the practice areas of Energy & Infrastructure and Telecommunications, Media and Technology, in which he contributes his extensive knowledge in regulatory matters and administrative law. He also excels in the practice of Dispute Resolution due to his experience in litigation and arbitration.

For over 20 years, he has advised on a variety of government issues, public bidding and contracting, public policies and strategies, and procurement by the State. He is an active litigant in matters related to Administrative and Constitutional Law. Due to his experience in this area, Luis has been included in the list of expert arbitrators of the Ibero-American Arbitration Center (CIAR).

He has been recognized for multiple consecutive years as a prominent lawyer in his areas of legal practice by renowned publications, such as Latin Lawyer and Chambers & Partners where is highly distinguished as one of the best lawyers in the areas of Public Law, Projects, and Telecommunications.

Clients and colleagues recognize Luis for his “immense knowledge of administrative law”, which gives great depth to his legal analysis. He is described as a brilliant and very studious lawyer, a dedicated and highly qualified professional. He is recognized for advising on public law issues of infrastructure projects, as well as specific issues that affect the technology and media sector.

Luis also enjoys a distinguished academic career. He was recently elected Chair of the Iberoamerican Association of Regulation (ASIER), the most important regulatory policy think tank in Ibero-America, and is a member of the board of the Association of Scientific Procedural Law. He has been a professor of constitutional law and regulation at the Free School of Law since 2010 and is a member of the Examination Board of the Master’s Degree in Public Law of the Teaching and Research Institute of the Autonomous University of Central America. He is also a professor of the Postgraduate Courses at the University of Salamanca, the Regulation and Antitrust Course of the University of Valladolid, and the Second Speciality Program in Administrative Law at the Pontificia Universidad Católica del Perú. He is the author of more than ten books and forty articles on subjects in his specialty.

He has been a lecturer at the Conference on Administrative Law at the University of Costa Rica and the Bar Association of the Province of Buenos Aires, Argentina, as well as at the Ibero-American Economic Regulatory Congresses.

In 2006, he resigned as an associate at Rojas Franco Asociados to join the BLP team. He was named a Partner in 2010.

-Recognized in the practices of Projects, Public Law, and Telecommunications, Media & Technology by Chambers & Partners.

-Listed as a Leading Lawyer by Who’s Who Legal

-Diploma in Regulation, Federal Commission for Regulatory Improvement of Mexico, 2012

– Member of the Board of the Association of Scientific Procedural Law.

-Administrative, Environmental and Administrative Law Studies Center based in the Faculty of Law of the University of Sao Paulo

-Costa Rica Union of Chambers and Associations of the Private Business Sector (UCCAEP): Member of the Public Works Commission

-Costa Rican Chamber of Construction: Member of the Commission for the Drafting of the Regulation of Public-Private Partnerships 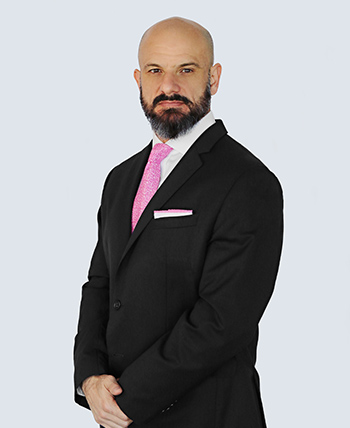