Luis is a Founding Partner of BLP and directs the firm’s daily activities from the San José office. His specialties include the practice areas of Business Law, Energy & Infrastructure, and Real Estate & Hospitality.

In his more than 20 years of experience in the legal profession, he has advised on the day-to-day affairs of a significant number of national and transnational companies. He has led multi-jurisdictional mergers and acquisitions, directing teams of lawyers at all five of BLP’s Central American offices, in coordination with major law firms and legal groups from around the world.

In Real Estate & Hospitality, he has taken the lead participation in the development of the largest real estate projects in the coastal and urban areas of Costa Rica. Clients recognize him as a first-rate lawyer in the practice area and qualify him as an authority in the sector.

In the area of Energy & Infrastructure, he has experience in legal consultations in the regulated sector, financing of projects and infrastructure, international and national bidding processes, energy contracts, legal consultancy, and permitting before corresponding governmental entities. Clients recognize Luis’ excellent business understanding and great negotiating skills, noting his superior knowledge of energy projects.

For multiple consecutive years, he has been highly recognized as a prominent lawyer in his practice areas by renowned legal publications such as The Legal 500, Chambers & Partners, Latin Lawyer, Who’s Who Legal, and IFLR 1000. He is highly qualified by Chambers & Partners in Business Law and Real Estate Law, recognized as one of the best lawyers in the country. Also, he is highlighted by IFLR 1000 and Who’s Who Legal as a leading lawyer in energy and infrastructure issues and financing of projects.

Together with his colleague David Gutiérrez, he founded BLP, opening the firm’s first office in 2003 in San José, Costa Rica. Previously, he had been an associate and partner at KPMG for 11 years.

-Recognized in the practice areas of Real Estate, Corporate/M & A and Projects by Chambers & Partners

-Listed as a Leading Lawyer by The Legal 500

-Acknowledged as a Highly Regarded Lawyer by IFLR 1000

-Recommended as a Leading Lawyer by Who’s Who Legal

-Diploma in Principles of Right of United States, Georgetown University, 1997

–Asociación Yo Emprendedor: Board of Directors

-Costa Rican Union of Chambers and Associations of the Private Business Sector (UCCAEP): Member of the Energy Committee 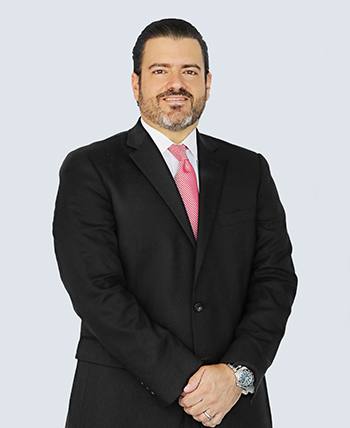