In his more than 20 years of experience as a lawyer, he has represented a significant number of national and transnational companies in day-to-day matters, as well as leading mergers and acquisitions, directing the work for the rest of the BLP offices in Central America, and coordinating with international law firms and legal teams from around the world.

He has frequently represented foreign banks in the region, as well as subscribers of sovereign bonds issued by the Costa Rican government in international markets. He is recognized by his clients as a strong negotiator, highly talented and efficient in his solutions, as well as a great manager in the handling of work teams.

In Real Estate & Hospitality, he has been involved in the development of the largest real estate projects in the coastal and urban areas of Costa Rica.

His experience in the area of Telecommunications, Media and Technology includes extensive knowledge of the applicable regulations, asset acquisition processes, financing of media, and resolution of sector disputes.

He is recognized as a prominent lawyer by renowned publications such as Chambers & Partners, Latin Lawyer, Who’s Who Legal, and IFLR 1000. He is highly qualified by Chambers and Partners in Business Law, Telecommunications and Technology, and Real Estate Law. He was also selected as one of the 40 best corporate lawyers under 40 in Central America by Latin Lawyer in 2005.

Eduardo served as President of the Costa Rica Bar Association from 2014 to 2016, a period during which the bar association examination was implemented, a milestone that marks a before and after in the teaching and practice of law, raising the quality of the legal profession and benefiting the development of the country.

Eduardo is a founding member and the first President of Fundación Yo Puedo, ¿y Vos? a non-profit organization whose goals are to encourage, finance, and promote the educational and employment inclusion of people with Down syndrome in Central America.

He joined BLP as a Partner in 2007, after a ten-year tenure as an Associate and then a Partner at the firm Facio & Cañas.

-Recognized in the practices of Real Estate, Corporate/M & A, and Telecommunications by Chambers & Partners

-Recognized as a Highly Regarded Lawyer by IFLR 1000

-Recognized as a Leading Lawyer by Who’s Who Legal 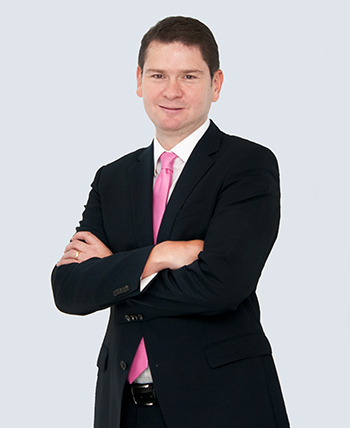