Mauricio is a BLP Partner in the San José office in Costa Rica. He has more than 25 years of experience in the legal profession, specializing in the practice areas of Dispute Resolution, International Trade, and Environmental, Health & Safety.

He directs the firm’s regional Dispute Resolution practice area and is the managing director of ZONE, part of BLP Group dedicated to environmental consulting. He is on the list of arbitrators appointed by the member states under the free trade agreements with the United States (CAFTA), Mexico, and the Dominican Republic. He is an active litigant in the courts of Costa Rica. He serves as President of the Administrative Council of the International Center for Conciliation and Arbitration (CICA-AMCHAM) and is a member of the arbitration committee of the national chapter of the ICC. After his postgraduate studies, he interned at the Appellate Body of the World Trade Organization. Mauricio has also been included in the list of expert arbitrators of the Ibero-American Arbitration Center (CIAR).

In the area of Environment, Health & Safety, he brings a background in natural sciences and has advised the country’s main environmental non-governmental organizations on regulatory matters. Additionally, he is an active litigant in cases related to natural resources, compliance, and application of sanctions, permits, and remediation, providing representation and supervision before regulatory entities. He is also the comptroller of the Costa Rica Forever Association.

Clients praise his experience and ability to reach solutions quickly, as well as his great vision from a technical perspective. In addition, he is considered a great academic and a careful and dedicated lawyer.

Mauricio has been recognized in his practice areas by renowned publications such as IFLR 1000, Chambers & Partners, The Legal 500, Benchmark Litigation, Who’s Who Legal and Latin Lawyer, which considers him a leading lawyer in Costa Rica and the region in Dispute Resolution, International Trade, and Environmental Law. Latin Lawyer rated him among the 40 lawyers under 40 years of age in Central America in 2005, and since then he has repeatedly been described as an outstanding lawyer in the legal practice of Costa Rica.

In 2011 he received the Rodolfo Piza Award from the Costa Rican Association of International Law for his contribution to the teaching on the subject. He has been a participant, coach, and judge of university students in the Jessup competitions, ELSA Moot Court Competition on World Trade Organization law, and the Eduardo Jiménez de Aréchaga Moot Court Competition (JSCA) of which he was a founder. He is a member of the editorial bodies of the REDEM Business Law journals and the Costa Rican Association of International Law.

– Recognized in the practice areas of Dispute Resolution, Corporate/M&A, and Environment by Chambers and Partners

– Recognized as a Leading Lawyer by The Legal 500

– Recognized as a Highly Regarded Lawyer by IFLR 1000

-Recognized as a  Litigation Star by Benchmark Litigation.

-International Center for Conciliation and Arbitration (CICA-AMCHAM): President of the Administrative Council

-Costa Rican Association of International Law Review: Board of Editors 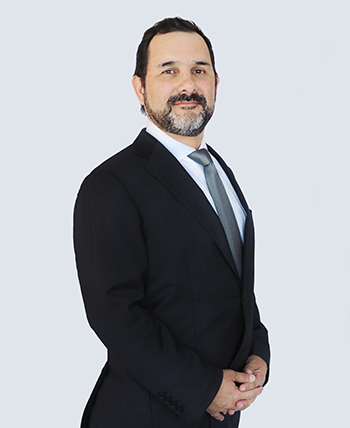