Vivian is a Partner of the BLP office in San José, Costa Rica. She specializes in the practice areas of Business Law and Banking & Finance, the latter of which she is a co-director. In addition, she is the coordinator of the firm’s Sustainability strategy.

During her 17 years of experience, she has advised multinational companies in their day-to-day operations, as well as in mergers and acquisitions. Her Business Law practice also includes the guidance of startup operations in the region.

In Banking & Finance, she excels with extensive knowledge in credit counseling and financing, representing multilateral financial institutions in investments and projects in Central America.

Clients highlight her professionalism, experience, and mastery of Banking & Finance law. Vivian has also been recognized as an extraordinary lawyer by prestigious publications such as The Legal 500, Chambers & Partners, Latin Lawyer, Who’s Who Legal, and IFLR 1000. The trajectory of her outstanding career has resulted in her inclusion on Latin Lawyer’s list of “Inspiring Women in Law,” which celebrates the most inspiring profiles of lawyers in Latin America.

Vivian leads the firm’s sustainability strategy, which is executed by Sustainability by BLP, an initiative responsible for articulating efforts aimed at contributing to the human and social development of the communities in which BLP operates. Such efforts have helped win Blue Flag Ecological awards for 6 years and the Carbon Neutral Country Brand seal granted by the Costa Rican government for the last 9 consecutive years,  In 2015, these distinctions enabled BLP to become the first law firm in Central America to be doubly awarded for its environmental management.

Before becoming BLP’s first female partner in 2008, Vivian worked as an international associate at the New York firm of Greenberg Traurig.

-Registered as a Leading Lawyer by The Legal 500

-Ranked as Highly Regarded by IFLR 1000

-Fellow of the XIV class of the Leadership Initiative of Central America, Aspen Global Leadership Network, The Aspen Institute.

-Women in the Profession (WIP): Member of the Steering Committee, Vance Center

-National Social Responsibility Council: Member of the Board of Directors

-Association for Development (AED): Comptroller of the Board of Directors

-Amigos del Aprendizaje Association: Member of the Board of Directors 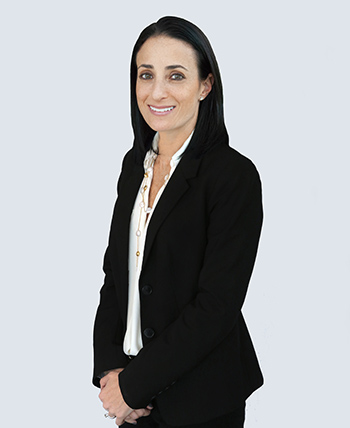