He is the head of the Antitrust Area and counsels clients on prevention, as well as in investigations conducted by the National Economic Attorney General’s Office and in cases before the Antitrust Court. This is an area in which he has been distinguished by Chambers & Partners.

He also is actively involved and has significant experience in bankruptcy and insolvencies, liquidations and reorganizations of companies; mergers and acquisitions and in commercial arbitration.

In recent years, he has mainly dedicated to counsel and provide legal representation to clients in Antitrust area in several business areas, in process of merger control led by the authority, cases of alleged joint and unilateral abuse of dominance and alleged cartels, including one of the most recent cartel cases, representing a client as an applicant for leniency process.

In the preventive consultancy area, he assists clients with consultations related to Antitrust matters on vertical restraints, allocation, dominant position abuse, merger control procedures, agreements between competitors and joint ventures, among others.

He has counseled state companies in port bidding process, especially with his representation before the Competition Tribunal on these matters. He also represents Private Ports and Private Port Concessions in diverse Antitrust matters.

He leads the Insolvency and Bankruptcy area and has experience representing creditors, debtors, and interested parties on judicial proceedings of bankruptcy and insolvencies, and in commercial arbitration. He had active involvement for several years in merger and acquisitions operations, on different areas, including retail, food sector, industrial production, etc. Previously, he worked in the litigation practice area, representing clients in all sorts of civil, commercial and public law disputes.

He is a member of the Chilean Bar Association, Senior Vice Chair of the Latin American Regional Forum (LARF) of the IBA and is on the arbitrators roster of the National Arbitration Center. He is the firm’s Coordinator with the Pro Bono Foundation.

Diploma in the Economics of Competition, Fundamentals for Attorneys, Universidad de Los Andes, 2007. 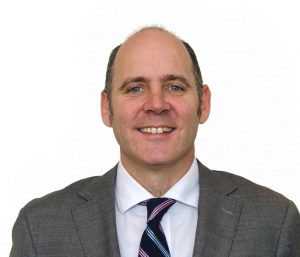