Aspasia has over twenty five years of specialization in advising on Tax law and representing clients before the Administrative Courts and the Council of State. She has vast experience in advising on income, inheritance, donation and capital gains tax imposed on individuals and companies, the tax arising from a broad range of transactions and indirect taxation. Her studies in economics have afforded her a business-minded approach to the practice of law.

Aspasia has taken part in committees set up to examine tax legislation in the context of public consultations at the Ministry of the Economy and working groups at the Hellenic Federation of Enterprises for the improvement of taxation system. She is Secretary of the Greek Association of Tax Law and Fiscal Studies, in which capacity she has organized and participated in numerous seminars, lectures, conferences and working groups on the interpretation of tax legislation in Greece and abroad. Aspasia has taught courses on tax law at ALBA Graduate Business School and seminars at the Athens Law Society and the Ministry of Finance on developments in the tax code. She is widely published in newspapers and periodicals and conducts research for tax law publications. Since 2011, Aspasia has acted as editor of the Tax Law Bulletin, a leading Greek publication where she has contributed as a director for the last twenty five years. 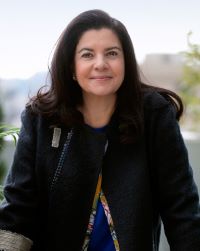