He is acting Head of the Department for the Legal and Technical Evaluation of Bills of the Scientific Service of the Hellenic Parliament, where he has served since 1989.

Xenophon acted as country expert in the Council of Europe/GRECO 4th Evaluation Round on Albania (2013-2014).

He was the Component Leader on the implementation of the EU aquis in the context of the EU-Serbia Twinning Project “Strengthening the Capacities of the National Assembly of the Republic of Serbia” (2012-2014).

Xenophon has also participated in a working group which submitted a proposal for the extensive amendment of the Standing Orders of the Parliament of the Republic of Georgia as part of the EU-funded GEOPARES project.

Xenophon is Associate Professor of Law and Philosophy at the University of the Peloponnese, prior to which he held a similar position at the University of Thessaly. Xenophon has published several books and a number of papers. Since 2011, he has been President of the Harvard Club of Greece.

“I enjoy the opportunity to represent clients before the Supreme Courts – the legal issues raised are delicate and require a more precise analysis of the legal as opposed to factual issues. Appearing before the Competition Commission often involves the argumentation of novel and groundbreaking issues. My partners and I are like minded and share an academic approach to the matters we are instructed on – acting for our clients is a collective effort. There is a free exchange of views in order to find the best possible solution with no limitations. The lawyers at the firm share a common academic background and the most important achievement is that the atmosphere in which we all work is positive and cooperative.”
EU, COMPETITION & ANTITRUST|MAY 2021

Xenophon Paparrigopoulos and team (including, notably, Athanasios Taliadouros) successfully defended a Spanish major construction company against a €22 million fine imposed by the Hellenic Competition Commission (HCC) in the context of the constructions’ cartel investigated by the HCC. In a seminal judgment, the Athens Administrative Court of Appeals quashed the HCC’s decision on grounds pertaining, amongst others, to the lack of parental liability and the lack of demonstration of the single and repeated nature of the alleged infringement. It is one of the largest fines ever imposed by the HCC and overturned by the Appellate Court. 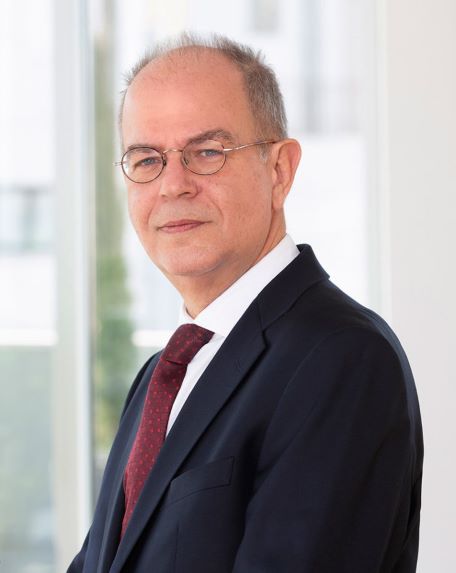