Mariangela Bogni’s vast professional experience has focused on all aspects of industrial property and, in particular, on patent litigation, with extensive cases in the pharmaceutical field in pan-European disputes, on the defense of design and shape marks.

Reported since 2006 in all editions of “ The Client’s Guide ” of the “ Chamber Global – The World Leading Lawyers for Business ” among the leading Italian lawyers in the field of industrial property; and since 2012 on all editions of ” IAM 1000 – The World’s Leading Patent Practitioners ” among the leading lawyers in the field of patents. Speaker at the conferences “The strength of innovation” (Parma, 2006), “Shape, design , products” (Parma, 2008), ” The future of Industrial Property” (Parma, 2010), ” Fashion & IP Law”, Organized by the University of Parma in collaboration with the Union of Industrialists of Parma; at the conferences “The new protection of Made in Italy : Impact on the production system and critical aspects for businesses” (Milan, 2010), “The new Industrial Property Code” (Milan, 2010); “The protection of ‘ Made In ‘ between Italy and Europe” (Milan, 2010), “Unfair commercial practices and misleading advertising” (Milan, 2010), “Secret information” (Milan, 2010), “Unfair commercial practices and misleading advertising ”(Milan, 2011)“ Parasitic competition, look-alike, offenses of former employees: tools for the protection of companies “(Milan, 2011),” Pharmaceutical patents after the liberalization decree “(Milan, 2012),” Parasitic competition, look- alikes and offenses on the web “(Milan, 2012) “Antitrust news for banks, insurance and financial companies” (Milan, 2012), “Electronic commerce and web counterfeiting” (Milan, 2013), “Pharmaceutical patents. From the Balduzzi law to the Unitary Patent; (Milan, 2013) organized by Paradigma srl; “IP Summit – The competitive plus of patents on the global market” (Parma, 2013), organized as part of the Industrial Property Exhibition by Senaf srl.

Lecturer at the Master “Law, economics and information technology” of the University of Camerino (Camerino, May 2005 and June 2006); at the “Master in Intellectual Property Law” organized by Just Legal Services – School of legal training srl (Milan, 2005-2013 editions; at the Masters “Industrial Property Course – Patents” and “Industrial Property-Trademark Course” ( Milan, editions 2009, 2010, 2011, 2012 and 2013) at the course “The new industrial property law” organized by the IPSOA Training School, Wolter Kluvers Italia srl ​​(November 2011); and in the context of the “Training of patent examiners UIBM “(Rome, 2011).

In 2020 she was listed as one of the ” Best 250 Women in IP” worldwide by the prestigious international magazine IP Stars by Managing IP.

He is resident partner of the IP LAW GALLI studio at the Brescia office since 2006.

AIPPI ASSOCIATIONS – International association for the protection of intellectual property 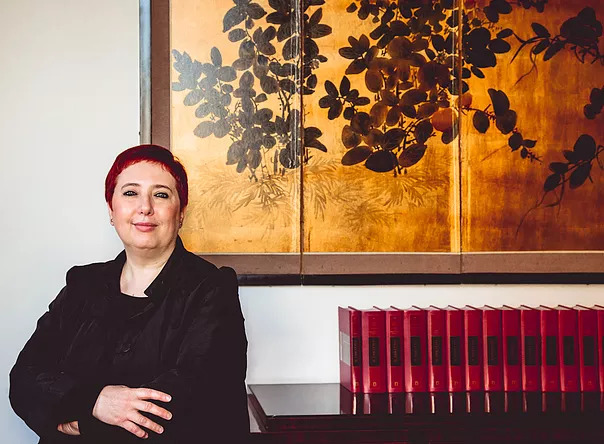