Ander Valverde González-Morejón joined Pérez-Llorca in 2010 and made partner in 2017. Prior to joining the firm, Ander worked in the Banking and Finance practice at a prestigious international firm.

In 2010, Ander temporarily worked as a lawyer in the Office of the General Counsel at the European Bank for Reconstruction and Development, based in London.

Ander is a partner of the Banking and Finance practice and the Restructuring and Insolvency practice.

Ander is specialised in debt transactions. As such, he advises on all types of financings, including corporate finance, acquisition finance, project finance, real estate finance, asset finance and margin loans to investors and private banking clients.

Ander leads the direct lending practice at the firm, where he advises the main debt funds operating in Spain on various types of financings in the context of private debt finance, in its different modalities and strategies (including senior debt, unitranche, mezzanine, holdco finance, growth finance, special situations, rescue finance, etc.).

Ander works with a diverse range of clients, advising credit entities, debt funds, sponsors and companies. A significant element of his practice is international, collaborating in cross-border transactions with top firms in other jurisdictions.

Ander works with the most prestigious universities in Spain.

Ander has also been a professor at IE Law School where, for three years, he lectured for the Banking Law course as part of the Master’s degree in International Legal Practice (MILP).

Ander Valverde features in various legal directories such as: 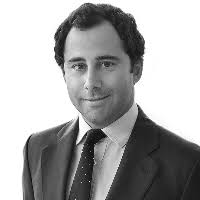