In June 2014, Javier joined Pérez-Llorca’s Litigation and Arbitration department. He was made partner in January 2020.

Javier García Marrero holds a law degree from Universidad de La Laguna, which he attended from 1989 to 1994. He received a graduation Award for Special Distinction (Premio extraordinario de Fin de Carrera). He became a Court Clerk (Secretario Judicial) in 1997.

In 1999, he became a judge after passing the regular state examination, serving at the mixed courts of Arona (Tenerife) and Quart de Poblet (Valencia), as well as at the court of first instance of Almería and the labour court of Santa Cruz de Tenerife. He is a specialist judge in commercial law matters (class salutatorian), and has been the sitting judge at the Commercial Court no. 5 in Madrid since November 2007.

Professor of Insolvency Law for the IE Master’s degree for Access to the Legal Profession.
Professor for the Master’s degree in Insolvency Administration at UNED.
Professor for the Insolvency Law, Corporate Restructuring and Corporate Governance course at EPJ Universidad Complutense.
Co-director of the Insolvency Lecture Series for IE Law School Executive Education.
Academic Director for the National Congress on Insolvency Law organised by IE.
He has participated as a speaker in numerous courses, seminars and conferences on commercial law, particularly on matters related to insolvency.
He has contributed to numerous publications on insolvency.

Javier García Marrero features in various legal directories such as: 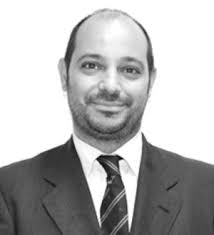