Vincent Jeanneret is of Counsel in the Dispute Resolution Group in Geneva, where he also heads the Restructuring and Insolvency team. He was also the firm’s MP from 2009 to 2014.

Vincent specializes in commercial and banking litigation with a focus on complex, international cases. He has been recognized as one few specialists who deals with major insolvency cases both at a Swiss and international level
He is regularly appointed by the Swiss Financial Market Supervisory Authority (FINMA) either as receiver or liquidator
He is frequently retained as counsel in connection with white-collar crime cases at the federal or state level, as well as with international legal assistance

Publications in the fields of insolvency law and criminal law
He has also been an active member of the AIJA (president of its Insolvency Commission) and is a member of the Fédération Suisse des Avocats and of the Association Genevoise du Droit des Affaires, where he was a board member and treasurer (1996-2002), as well as the former chairman of the Société Genevoise de Droit et de Législation
Vincent was also appointed to the Management Board of the “Ecole de l’Avocature”
Member of the board of the Geneva Bar Association (2003 – 2009) 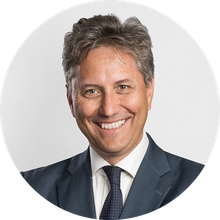