Jaime de Blas joined Pérez-Llorca in 2014 and he was made Partner in January 2021, after having worked in the Competition practice area of an international law firm for four and a half years. He advises national and international clients.

Jaime is a specialist in EU and Competition Law. He advises on restrictive agreements, abuse of dominant positions, economic mergers and state aids. He defends clients in the framework of sanctioning proceedings before the National Commission on Markets and Competition (“CNMC”) as well as before administrative bodies. Likewise, he elaborates compliance programmes.

He has lectured on different competition aspects in the Madrid Bar Association (ICAM) and on the Universidad Carlos III de Madrid. Additionally, he has written several articles for economic press, and specialist legal magazines.

Jaime de Blas features in various legal directories such as: 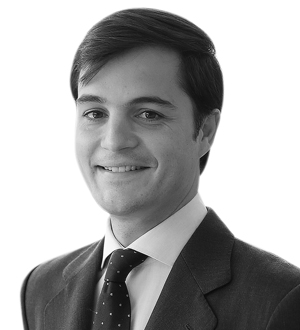