She holds a BA in Hispanic Studies and Linguistics- University of Barcelona (UB); a Post-Degree Diploma on Patents and Trade Marks in the Chemical and Pharmaceutical Field – Institut Químic de Sarrià (IQS); a Diploma on European and Spanish Patents from the Centre of Studies of Patent Documentation (CEDP – UB), and a Law Post-Degree in Intellectual Property – Pompeu Fabra University (UPF-IDEC). She is a Sworn Translator-Interpreter appointed by the Spanish Ministry of Foreign Affairs (Languages: English, French, Italian, Spanish and Catalan).

Member of the European Patent Institute.

She has been a teacher of continuing education courses and post-graduate courses in Industrial Property at the Faculty of Pharmaceutical Sciences (UB), Les Heures, IL3 Institute for LifeLong Learning (UB) and ESADE. She has lectured in several international events.

She has been an ECTA Council Member from 1991 to 2013, Chairperson of the Professional Affairs Committee (PAC) and President of ECTA from 2006 to 2008. At present she is a member of the Advisory Committee of said association. She is also a Board member of the Spanish Section of FICPI.

In 2010 she was appointed by OHIM’s President as member of the Management Board of the Cooperation Fund, position that she held until September 2016. 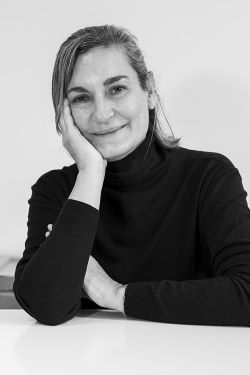