Ireland is a centre of excellence for aviation restructuring The country has been a centre of excellence for aviation financing, and now it is leading the way in aviation-related multijurisdictional restructurings, writes Irish law firm Matheson.

There are a number of well-known reasons why Ireland continues to attract investment in aviation: its favourable tax regime; a wide double tax treaty network; ease of access to the EU and OECD; a well developed common law legal system; decades of professional experience and expertise in aviation; and a competitive business environment.

These factors, combined with a government which is committed to growing and supporting the industry, mean that Ireland is the obvious location to acquire, finance and lease aircraft.

The Covid-19 pandemic had a major impact on the aviation sector in general, and highlighted some of the challenges and complexities involved in crossborder insolvencies and restructurings, having regard to the jurisdiction of the airline’s/lessor’s centre of main interests and the location of its assets. Despite the pandemic, Ireland continues to build on its global reputation and thrive as a centre of excellence for aviation finance. This enviable position which Ireland has achieved has been further enhanced having regard to the approach of the Irish High Court over the past 18 months to approve the use of both schemes of arrangement and examinerships, the two principal Irish restructuring tools, to facilitate complex multijurisdictional aviation restructurings.

A scheme of arrangement is a statutory procedure under Part 9 of the Irish Companies Act 2014 (as amended), which is very similar to a scheme of arrangement under the laws of England and Wales. It is a flexible restructuring tool, requiring: the approval of at least 75% in value and also a majority in number of each scheme meeting of affected creditors, and court approval to be binding.

A significant distinction between an Irish scheme of arrangement and its counterpart in England and Wales is that an Irish court may, on application, grant a moratorium with regard to creditor actions to facilitate the formulation and approval of the scheme. This is a feature of examinership also – the more widely used restructuring process in Ireland, although, in the case of examinership, the moratorium automatically commences on the court filing for examinership (or on the appointment of an examiner – interim or otherwise – in the case of a related company).

The directors and shareholders are usually instrumental in putting together the scheme and running the process. As with an examinership, the company can continue trading and the directors can stay in control of the company.

• it reaffirmed, following Re Ballantyne plc [2019] IEHC 407, the ability to affect third-party liabilities. The Irish High Court went one step further on this occasion in that the company which proposed the scheme was the guarantor of the relevant liabilities and the third parties were the principal creditors;

• following case law in England and Wales, it confirmed that the order approving the scheme was a judgment enforceable under the Brussels regulation; and

• it held that, because of the overwhelming creditor support the scheme received, it did not constitute a non-consensual restriction on an enforcement remedy for the purposes of Article XI of Alternative A of the Aircraft Protocol to the Cape Town Convention.

Recognition of the Irish court order under chapter 15 of the US Bankruptcy Code was also entered by the New York Bankruptcy Court.

Examinership Examinership is a statutory framework and the principal rescue process for companies in Ireland. Although there are a number of differences, international corporates will
recognise examinership as being similar in many respects to the Chapter 11 procedures in the USA and, to a lesser extent, administration in the UK.

In an examinership, the maximum period in which a company may be under the protection of the court is 100 days. It should be noted, however, that in response to the pandemic and to address operational issues in respect of compliance arising under the Act, the Companies (Miscellaneous Provisions) (Covid-19) Act 2020 was commenced for an interim period (which will expire on
31 December 2021 unless extended beyond that date) and provides for the temporary extension of the 100-day period to 150 days (subject to certain conditions being satisfied).

An examiner (a court-appointed insolvency practitioner) must have formulated a scheme, convened creditors’ meetings and reported back to the court on the outcome of the vote within the statutory timeframe, and the scheme must be approved by more than 50% (in value and number) of at least one impaired class of creditor before the jurisdiction of the High Court is engaged to consider and sanction the examiner’s scheme.

Provided an examiner delivers their report on the outcome of the vote of the creditor meetings to the court within the prescribed statutory timeframe, the court can extend the protection afforded to the company beyond that period so as to afford it sufficient time to consider and rule on the scheme.

In an examinership, the company will continue to trade and the directors usually remain in control of a company during the protection period. This is subject to the court’s discretion to direct, on application, that the examiner assumes some or all of the director’s functions only for the period of examinership. In practice, this is rarely done, and usually only when there has been a suggestion of some sort of wrongdoing on the part of the directors. The examiner’s scheme of arrangement requires court approval before it becomes binding.

On 26 May, Norwegian Air Shuttle successfully exited the examinership process in Ireland. Matheson advised Norwegian and its affiliated group companies on the implementation of a global restructuring which resulted in a write-down of the airline’s debt; discontinuation of its long-haul operations and the downsizing of its operations with a focus on Nordic and European routes.
A number of interesting observations can be made from the decision of the Irish High Court:

• sufficient connection to Ireland: it was held that the Irish High Court had jurisdiction to appoint an examiner to Norwegian, on a related company basis, being a non-Irish debtor which did not have its centre of main interests in Ireland (or any other member state of the European Union to which the EU Insolvency Regulation applies), but which did have a “sufficient connection”
to Ireland on the basis that “the commercial operations of the Group taken together with the range of legal transactions entered into by both NAS and its subsidiaries are so closely linked and interdependent that NAS has a real and deep connection to the State”;

• repudiation of foreign law contracts: as part of the examinership process, a number of applications were made by Norwegian and its affiliated companies in examinership for leave to repudiate various aircraft leases, security assignments, guarantees and other operational contracts with third parties which were governed by various laws, including English and New York. While a number of parties opposed the repudiation applications, the Irish High Court ultimately gave judgment in favour of Norwegian and its affiliates on the grounds that the repudiations were necessary to allow the examiner to formulate a scheme of arrangement for the survival of Norwegian and its corporate group as a whole. Interestingly, this was also the first time an Irish Court has granted leave for a company to repudiate guarantees, having satisfied itself that the guarantees, the subject of the applications, contained both monetary and non-monetary obligations (predominantly relating to performance obligations under existing operating leases);

• in approving applications for leave to repudiate certain leases, and relying on the judgment of the Federal Court of Australia in VB Leaseco Pty Ltd (administrators appointed) v Wells Fargo, National Association (trustee) [2020] FCAFC 168, the Irish Court made a determination that the obligation of lessees to “give possession” in accordance with Article XI(2) of the Aircraft Protocol did not include any obligation to redeliver the aircraft in accordance with the redelivery conditions of the lease;

• an application for leave to repudiate contacts as part of the examinership process is an act of termination and not modification. Accordingly, the repudiation applications did not conflict with the provisions of Article XI(10) of the Aircraft Protocol which prohibits modification without the consent of the other party; and

• “insolvency administrator” for the purposes of the Cape Town Convention includes a “debtor in possession if permitted by the applicable insolvency law”. Under Part 10 of the Act, the parties in
examinership were each a debtor in possession and therefore the repudiation of leases was not prohibited.

To find out more get in touch with: 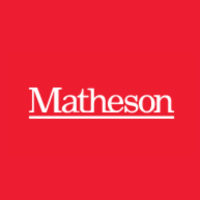