LEGALIZATION OF CANNABIS IN MEXICO AND SOME IMPLICATIONS ON IP MATTERS

Last March 10th, 2021, the Mexican Chamber of Deputies (Representatives at the Lower House) approved the Federal Law for the Regulation of Cannabis, as well as amendments and additions to the General Health Law and the Federal Criminal Code.  Although said law reform package must be reviewed and approved by the Senate (Higher House), certainly Mexico is closer to be part of the Latin American Countries that enforces a regulation regarding the recreational and medical use of the cannabis and the THC (tetrahydrocannabinol) among Uruguay and USA/CANADA at some of its states.

Even tough in 2017 amendments and additions were made to the General Health Law for the medical and therapeutic use of cannabis and tetrahydrocannabinol (THC), administrative regulations to allow the access to medicines, treatments based on this substance, and amendments to the Federal Criminal Code for its decriminalization for medicinal purposes, there still was a normative and public policies vacuum for the recreational use and consumption relative to the production, commercialization and acquisition of seeds for the sow and harvest of the cannabis.

In this respect, the proposed Federal Law for the Regulation of Cannabis has as main objective the regulation of the production and commercialization of the cannabis and its derivatives, under the approach of the free development of personality, a right contemplated in Article 22 of the UN’s Universal Declaration of Human Rights, and also the protection of the public healthcare, and respect of the human rights.  This Law recognizes as uses of the cannabis: (1) Recreational use; (2) Self-consumption; (3) Use at cannabis associations; (4) Commercialization for recreational purposes for persons of 18 years or older; (5) Scientific use and research for the medical or pharmaceutical areas, (6) Therapeutic, palliative or industrial use.

This law also contemplates the regulation of conducts (according to the allowed uses of the cannabis and its derivatives) in accordance to the established in said Law and the applicable legal provisions these are: storage, use, commercialize, consume, harvest, grow, distribute, package, label, export, import, research, advertise, sow, carry, have or possess; make, produce, promote, advertise, transform, transport, provide, sell, and acquire under any title.

This proposal indicates that any person who produces or distributes cannabis and its derivatives for its commercialization and sale for recreational purposes will require a license. These licenses shall grant the right to perform, in whole or in part, the conducts part of the production chain of the cannabis and its derivatives for its distribution, at the approved establishments, for recreational use to people above legal age.

In view of the foregoing, it is important to consider the allowed conducts through the licenses that would grant the authorities in order to distinguish its relationship with the figures protected by Intellectual Property.   Just to put a brief example, by allowing the production of cannabis for researching purposes and the hemp production for industrial purposes, it is important to question if such licenses will involve just the allowed cannabis under the Law in examination or if they would have an additional extension over plant varieties relating to the seeds and/or plants derived of the previously approved or if this new plant variety would pass through a process to be introduced within the regulatory scheme to allow its production with permanent researching purposes.

Currently, there are several types of research of plant varieties related to seeds and/or cannabis plants, nevertheless, the actual package of amendments grants more flexibility for the aims for which they were made these plant varieties to expand in varied areas in towards different commercial, medical or industrial purposes which within the IP world allows having a first connection that obliges us to observe.

Concerning distinctive signs, the legislation does not state any express limitation regarding geographical indications or appellations of origin that may arise from the planting or harvesting of cannabis, however, we consider that there is a great market opportunity for this type of figures of the industrial property taking into account the climatological characteristics of the Mexican territory.

Deserves special attention the trademarks-related matter since there are certain restrictions that are important to analyze at the Federal Law for the Regulation of Cannabis. This proposal indicates that it will establish through general dispositions what is determined as the “trademark element” which, according to the Law itself, defines it as the use of business names, commercial name, slogans, logos, or any type of visual or auditive signaling that identifies the cannabis products, so that said “trademark element” must be integrated into the product by adding the identification number of the authorization, printed with a certain font and font size using only black and white colors.

The initiative proposed to Congress indicates that the idea is to establish generic and standardized labeling for cannabis products so that they appear in a package without ¨Logos¨ (understanding this as an unnamed brand), with uniformity of color, size, and shape, as well such as the labeling specifications issued by the Authority, which as main characteristics will inform about the name of the brand, the composition and details of the product and the required health warnings, with the same color, size, and shape, with the only distinction of the name of the brand in small print and leaving more space for warnings.

Regarding the above, it is evident that the Authority pretends to limit the possibilities of the way we can’t distinguish a cannabis-based product through the trademarks, and this is why it is important to take this under consideration at the moment of request a trademark, and above all, the way this is going to be used in the market. We can prove beforementioned since in at least two articles after the Law proposed that must be forbidden carry out any kind of advertisement, promotion, or sponsorship to serve as means to position the trademark elements of any cannabis-based product which enhances the purchase and consumption of said products from the consumers.

Notwithstanding the above, we consider that these amendments help to ease the narrow and inaccurate criteria, for some cases, regarding the registrability of trademarks on the part of the Mexican Institute of Industrial Property since there were some cases where the examiner still does not consider that trademarks with a denomination or design evoking products of the cannabis shall not be registered since they consider it contrary to the moral, proper practice and the public order. Although the new Federal Law for the Protection of the Industrial Property has been deleted the prohibition of registration relative to the ¨moral” or “proper practice”, there remains certain stigma for this kind of trademarks by some examiners that conclude with the refusal of the registration, therefore, we consider that these amendments will improve the registrability of possible trademarks in the future. 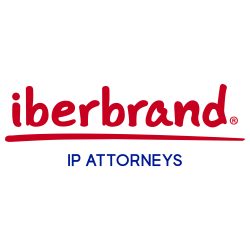