Pedro Pérez-Llorca has over 25 years’ experience as a corporate lawyer in the Spanish market. He focuses on public and private M&A for strategic clients and financial sponsors. Over the last few decades he has been involved in the most significant transactions in Spain and those with a Spanish component, including the largest public takeover, the largest cross-border merger and the largest privatisation and IPO in Spain. Pedro has played a major role in the growth of the firm, particularly within its corporate practice. He is the Senior Partner of the firm.

Degree in Economics and Business, CUNEF (Universidad Complutense)
Degree in Law, UNED
Degree in Mathematics, UNED
He speaks Spanish and English, and he also reads French, German and Italian.

Pedro’s legal career has principally focused on mergers and acquisitions. He has taken part in some of the largest cross-border transactions with a Spanish component on the market, including advice to:

CVC Capital Partners on the acquisition from Repsol of a 20.07% stake in Gas Natural (2018) €3.8 billion;
CVC Capital Partners and PAI Partners on their acquisition and restructuring of the Cortefiel Group (2017) €1 billion (enterprise value);
Banco Santander on the acquisition of 100% of Banco Popular (2017) €7 billion;
Coca-Cola Enterprises on the merger of three Coca-Cola bottlers to create Coca-Cola European Partners (with operations in UK, France, Benelux, Scandinavia, Germany, Spain and Portugal) (2015) and its subsequent listing on the Spanish stock markets (2016) €20 billion;
Aena on its privatization and IPO (2014-2015) €20 billion (enterprise value).
Pedro is a member of the Advisory Board of Expansión and Actualidad Económica, member of the Board of Protectors of the Teatro Real, and member of the Board of Directors of the Círculo de Empresarios.

Pedro has lectured at various academic and professional institutions, including Instituto de Empresa.

Pedro Pérez-Llorca features in various legal directories such as: 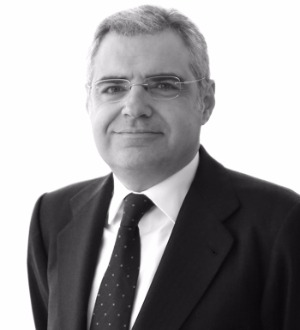