Upon graduation, Laurence entered the international studio LeBoeuf, Lamb Leiby & MacRae (which later formed the Dewey & LeBoeuf studio). There he worked on highly complex litigation, such as the hostile takeover of Farmers Insurance Group by British American Tobacco US. He also represented plaintiffs and defendants in fraud claims and in various types of commercial lawsuits. Likewise, it sponsored trustees and creditors in lawsuits that they processed in federal and state jurisdictions.

Laurence has lived in Buenos Aires since 1993. From 1993 to 2001 he worked in a boutique firm specialized in financial law and mergers and acquisitions, becoming a partner in 1995, a situation unprecedented so far for foreign lawyers in Argentina. During this time, Laurence advised issuers and investment banks on public and private offerings of debt, shares and debentures. In addition, he represented investment funds in private equity purchases .

Between December 2001 and April 2010, Laurence was a lawyer of counsel for one of the most important law firms in Argentina at that time. In the volatile economic context of the country, Laurence applied his experience in two legal systems to advise companies, funds and individuals entering or leaving the Argentine economy.

In April 2010, together with his current partners, he founded WSC as the epitome of his professional experience. He currently advises, together with his Argentine, Brazilian and American colleagues, various leading companies and high net worth individuals regarding acquisitions, loans, funding and repatriation of investments. Likewise, Laurence is a member of the Board of Directors of several Argentine subsidiaries of international companies.

Laurence is an active member of the State Bar of California and the American Bar Association, the Section of International Law (former Co-Chair of the US Lawyers Abroad Committee and Co-Chair of the Buenos Aires City Chapter) and is recognized by Chambers & Partners as a leading professional ( 2010-present). 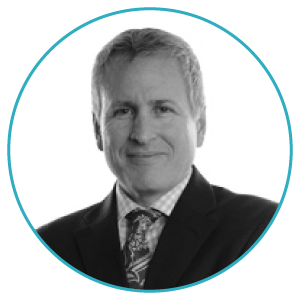