A three-judge Bench of the Supreme Court has set aside an arbitral tribunal’s §16 order on the ground that it failed to consider the applicability of the “group of companies” doctrine. This doctrine originates from an International Chamber of Commerce arbitration case, Dow Chemical v Isover-Saint-Gobain[2] and provides for the binding of non-signatories to an arbitration agreement if there is a clear intention of the parties to bind such non-signatories. The Indian Supreme Court has applied this doctrine in many of its decisions[3]
.
Facts

ONGC entered into a contract with Discovery Enterprises, a subsidiary of the Jindal Group. Disputes arose between the parties and ONGC invoked arbitration under the contract against Discovery and Jindal because, according to ONGC, Discovery and Jindal were a single economic entity and thusthe corporate veil ought to be lifted to compel Jindal, a non-signatory, to arbitrate.
Jindal objected and sought its deletion from the array of parties by filing an application under §16 of the Arbitration and Conciliation Act 1996 on the basis that since it was not a party to the arbitration agreement, the Tribunal lacked jurisdiction in relation to it. 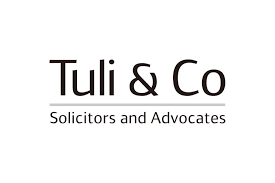